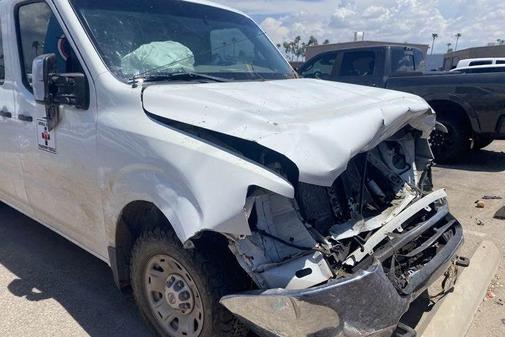 They say, “Any accident you can walk away from is good.”


Ira, a Chihuahua Dachshund mix dog, had licked a toxic toad on the Friday night before July 4th and began having seizures. We washed out his mouth, and as per our Vet’s office, took a wet washcloth and repeatedly wiped out his gums to remove the toxins. But Ira was really out of it and unusually agitated. Since he is a smaller dog and the toad toxin can be deadly, we opted to rush him into Tucson to the Vet’s emergency room.

Of course, by the time he was seen, Ira had recovered, and we were told they didn’t need to do anything for him. So, Ira and I turned around and headed home.

By the time I got off the freeway in Pomerene it was midnight. I called my husband Jeff after I passed the post office in town so he knew I would be home in 35 or 40 minutes. Past Pomerene, where the post office is, there is no cell service, so we always call one another from that point.

It had rained on and off all evening. The sky was pitch black. I knew there had been a number of cows on Cascabel Road when I was on my way into Tucson, so, for all these reasons, I drove carefully.

Coming around a curve between mile markers eleven and twelve (I later found out) a black baby calf suddenly darted out into the road, immediately in front of my van, heading right to left.

Instinctively I cut my wheel to the right to miss the baby…and instead hit what I soon found out was a full-grown cow.

I heard someone screaming. It was me.

Instantaneously the airbags went off, hitting me in the face, filling the cabin with white powder.

I could not see out of any windows.

The huge cow I had hit was under the van, tilting the vehicle.

I instinctively felt that if I hit the brakes the van would flip.

I didn’t know what direction I was heading in but held onto the wheel and apparently gave the van gas and eventually (within these few seconds) ran completely over the cow.

I didn’t know it until the van stopped by hitting a tree, that I had gone off the road into the dirt and ran up a shallow hill.

When the van stopped, my screaming stopped.

I could not open the driver side door.

Ira who had been on the seat next to me was on the floor, shook up and frightened but thankfully not hit by the airbags. Had he been in the crate I brought him to the vet in (which was behind the passenger seat) he, like the crate itself, would have been crushed by the 5 heavy bales of hay that flew from the back of the van to the front, hitting me in the head. When I finally got out of the van and could open the side door, I looked into the back, saw that the hay had totally crushed the crate.

Everything in the van had flown around the front of the cabin. My purse was open, and half its contents had spilled out. I reached down, picked up Ira, grabbed my purse and cell phone, climbed over the center console and got out the passenger door. I picked up Ira and his leash and put them on the ground next to the mutilated van.

Although I always meant to but never did, on this night I had not just one, but TWO headlight sets with me. I put one on. If not for the headset I would not have been able to see anything and probably could not even have gotten back to the road.

It was pitch black.

There was no moonlight.

Stunned by the events that had just transpired, I got out and decided that Ira and I would begin to walk in the direction of our home, another 8+ miles away. I walked down the hill and found the cow I hit. She was definitely past suffering. It broke my heart.

Ira and I began to walk.

It had rained heavily for hours earlier, and I was fortunate and grateful that the rain had recently come to a complete stop.

About a quarter mile up the road I realized my glasses had apparently been knocked off my face in the accident. All I had in my purse were dark sunglasses, too dark to wear in the nighttime.

I considered going back to find my glasses, but decided the van was too far back so Ira and I just kept walking on the center yellow line.

Ira had been severely injured when we took him in two years ago. At that time he was a 7-month-old puppy who had been mauled by big dogs.

He had numerous puncture wounds and two broken legs, one of which never healed properly and was shorter than his other legs. As a result, Ira has a noticeable limp which normally doesn’t bother him. But on this night, after about a quarter mile of walking, he sat down, holding up his bad leg and looked at me pathetically. So, I picked him up, carrying the almost 20-pound dog on my left hip, and my ten-pound purse on my right shoulder.

I knew there were houses up at mile marker 15. Perhaps I could apologetically wake someone and use a phone.

Every so often I would check my cell phone, hoping for a signal. At one point there was one bar but my call to Jeff and one to the police did not go through.

There was no traffic.

There were no houses.

In an hour and a half, I had walked less than two miles.

Suddenly I saw a set of headlights about a quarter of a mile ahead of me. It was the first vehicle I had seen on the road.

As the truck approached, I waved them down. The two men pulled to a stop.

I told them I had been in a bad accident. Billy, one of the men, was an EMT and kept looking into my eyes to insure I was alright. He wondered whether I should go to the Emergency Room in Benson. I told him no, I was fine, and just wanted to get home.

Billy and Brandon agreed to turn around and take me home. Just before they turned around another car pulled up…and it was Jeff.

Jeff had worried when I was running very late.

His car had a low tire, so he had to pump it up before coming out to find me.

He thought I might be stuck at one of the washes due to the rain.

He feared I might have been in an accident and be injured.

I got into Jeff’s X Terra with Ira, and, along with Billy and Brandon, drove back down to the accident.

Unnoticed before, I saw that parts and pieces of my van were all over the road. We moved a lot of the bigger pieces off to the side of the road.

We hiked up the hill to the van. Billy reached in and found my glasses. He looked under the van and told me the drive line was bent.

I already knew the front end of the van was gone.

My beloved van was history.

Jeff got me home.

I took a hot shower.

I called the police and the insurance company.

The next couple of days were filled with reports and tow companies and going online to try to find another van like the Nissan that had been destroyed.

As anyone who has tried buying a car, new or used, during these Covid impacted times knows, there are few new cars (due to the lack of needed microchips from China) which has astronomically raised the prices on used cars if and when you can find any in decent condition.

The van had been used almost exclusively for moving the animals and hauling their supplies. The NV2500 was purchased in 2014 to replace my pickup truck which, although I loved it, did not work well for the animals’ needs.

While there are a number of larger pickups that can pull our travel trailer, the Nissan NV2500 or NV3500 8 cylinder are the only vans on the market that can pull our 32-foot trailer. The van is essential for the animals and is needed in case of emergency such as a wildfire. In addition to hauling a large number of animals and animal supplies, the trailer has a kitchen and would allow us to prepare food and medications for animals in case we have bug out.

Although I started out looking at Fords and other makes of vans, all the other vans including those from Ford, Dodge Ram and even the Mercedes are simply incapable of coming close to pulling the trailer’s weight. And since the NV series was discontinued for some reason earlier this year, the few NVs, new or used, were going fast at higher prices than ever before.

I called and emailed every listing for an NV throughout Arizona, Texas and California and even went as far as Washington state. Most were already sold, or the dealerships didn’t bother responding to an out-of-state potential customer.

I did finally find a 2018 NV3500 with decent mileage located at a dealership about 4 hours from here. We don’t have it yet, but it is being delivered to us. It is a lovely van and as close to what is needed as we can find, but sadly it comes with a new loan when the old van had been paid off. We are hoping that the insurance settlement will help cover close to half of the cost of the vehicle, but it is a new monthly expense that will stretch us very thin…

If not for the animals and their needs, we would have bought a much smaller – and less costly – vehicle. But we do what we must for them…

All in all, it has been a difficult few days…emotionally, financially and to a much lesser degree, physically.

The accident made me reexamine the fragility of life and how quickly and unexpectedly it can be over.

It made me realize how badly I could have been injured.

It made me realize how grateful I am that Jeff is as supportive as he is.

It has been thought provoking and a reawakening.

But as they say, any accident you walk away from is good.

And both Ira and I walked… and walked a long way away.

At this time, we have been reaching out for help from anyone who can help with the down payment for the dogs’ new vehicle.

If anyone has a drivable car that they were thinking of trading in but can, instead, take the tax write-off, we would appreciate taking the car. We could sell it and put the funds toward the cost of the animals’ van. Call us at 520-212-1718 to make arrangements! 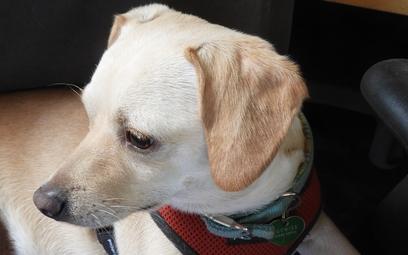 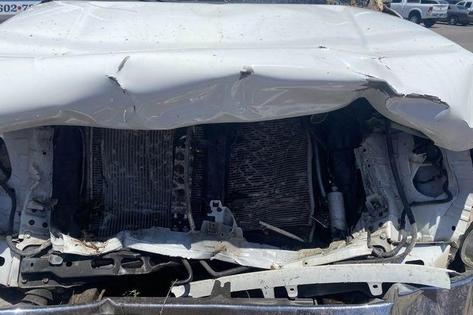 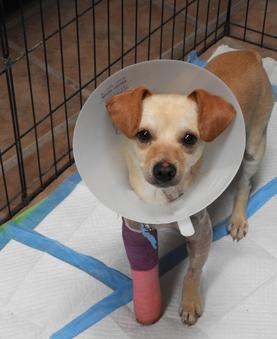 Any Accident You Walk Away From...