The past few months have been very interesting….

running around, behaving as though she had always had three legs. The pain caused by

old when she arrived, by not having to deal with pain and incapacity, she was able to

become a puppy for the first time since she had been 4 or 5 months of age. By now, at age

which had either been deliberately cut off by a sadist or lost in a trap-hold of some sort,

Bina at 18 months of age trusted no humans and had little use for most dogs. None the less

my husband, partner in all things animal, Jeff worked with her daily and slowly she came to

trust and accept him into her limited world. She learned where she lived and that it was a

safe spot for her.

Adi and Bina slowly grew to become best friends. Adi taught Bina how to play with toys and

she is learning how to become a dog. It is a major step in her ongoing journey.


In October we took in Bella, a 8-10 year old Chihuahua with two huge inguinal (abdominal) hernias.

The hernias were huge! …but gratefully we met with Dr. Brett in North Scottsdale.

her for several days for the surgery. On Friday evening that week I drove up again

and picked her up.

In order to make room for her organs, Bella’s spleen had to be removed or it might

rupture from the pressure of insertion into a tight space.

Today we are working on her weight, attempting to get two pounds off the chubby Chi

repaired. We plan on bringing Bella back up to Dr. Brett for what we hope is her final

bought of surgery in another month.

Bari Mears, founder/director of PACC911 has a number of little Doxies. After sending

her pictures and stories of little Demi, she agreed to foster…and now adopt…

little Demi who has been renamed Ellie Mae. The sweet little red dog is doing very

well, recovering from Valley Fever and making friends at her new forever home.

Red Fox, or “Red” for short. She is a sweet little girl who we believe was neglected

by not abused. She came from the Maricopa pound. Blind, Red has with the worst

cataracts I had ever seen. Sadly, when we took her to see Dr. Merridith at Eye Center

in Tucson, she was found to have detached retinas so that cataract surgery would

not help her see again. A frightening side effect of cataracts in dogs ic Glaucoma, the

painful disease which builds pressure up in the head. We are putting specialized

medicated eye-drops in Red’s eyes daily in an attempt to avoid Glaucoma. Red will

go back to see Dr. Merridith again in September and will have regular checkup to 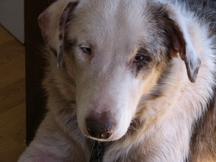 Our Happy Henry (the second) within  days of his arrival at CCR. It is rare to see Henry without a bone, ball or toy in his mouth! 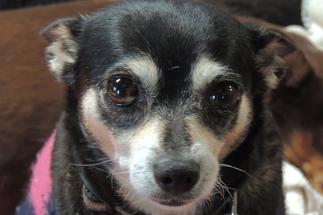 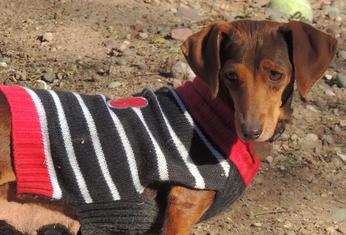 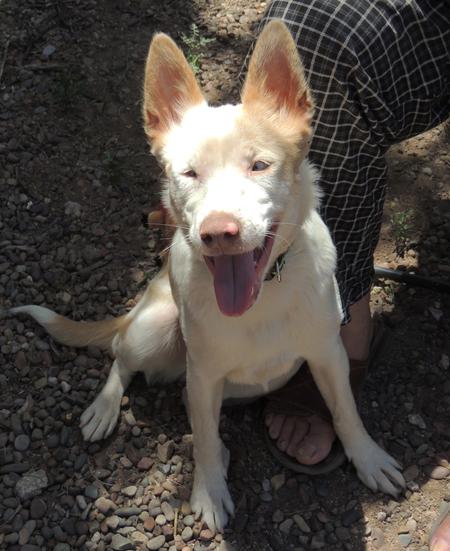 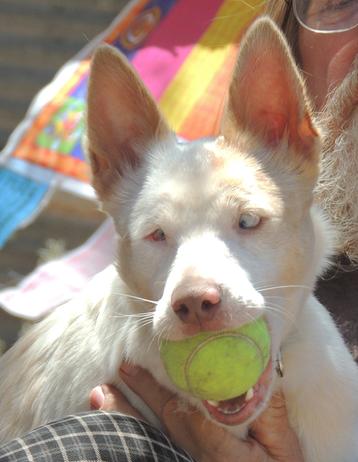 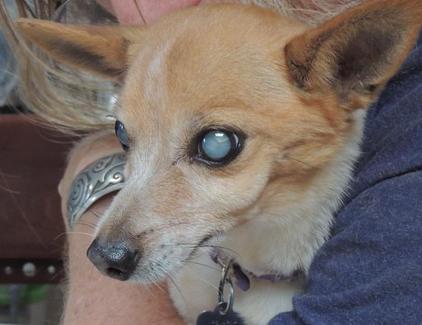 Update on the Animals at CCR 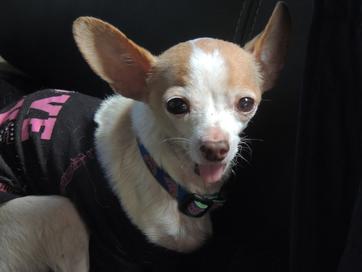 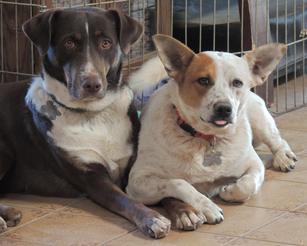 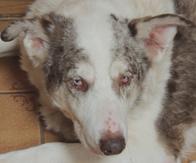