Charlie healing after surgery. The swelling is gone!

Charlie is on the road to recovery.

The eye enucleation (removal) surgery was performed, and Charlie had two difficult weeks...much swelling, sinus cavity fluid buildup (causing oozing from eyes and nose) and obvious pain, which was handled with compresses and pain medications as well as two weeks worth of antibiotics.

But after two weeks his swelling was gone, sutures removed and he is a very happy old boy!

And miraculously his hearing has returned!! We believe that the pressure in his eyes caused him to have such discomfort that he lost his hearing to a major extent...but today Charlie knows his name and is "mapping" various parts of the house and property.

He is scheduled to be neutered and have his dental work done on September 29th... so that he will be able to find a new FOREVER family of his own!!!

Charlie when he first arrived, his eyes swollen from Glaucoma

Help Us Provide the Specialized Care Needed by Dogs like Charlie. Please make a donation of any size TODAY!

elderly, blind dog who was found running down a

street in San Tan Valley, a suburban community at

the far east edge of Phoenix, in Pinal county. The

which was wired around his neck. Good Samaritans

were able to catch him and removed the heavy chair

from his tired neck. They called for Pinal County

Animal Control to come take the old boy. He was

transported to the Pinal Animal Control Facility in Casa Grande.

We at CCR watched and read the anxious emails flying around the rescue community lists over the next few days, working feverishly to obtain foster or rescue for this old dog. The unnamed boy was not neutered, did not have a collar and tag nor did he have a microchip. His owners never attempted to locate him nor could they be notified without any information regarding who they might be! The dog languished at Pinal’s pound, and although staff loved this sweet and affectionate old dog, the old man had little time as he was not a likely candidate for adoption.

Then it appeared a miracle might occur: A family wanted to adopt the old dog, but when they brought their two dogs to a “meet and greet” it was obvious that the three boys would not get along.

The old dog remained behind.

Phoenix Animal Care coalition (PACC911) offered a Lulu’s Angels Fund grant (a generous medical grant of up to $2500) to PACC’s member medically help this boy. Since our fear at CCR was that we could not afford his medical care, when we learned that most if not all of his medical needs would be covered by PACC, and a number of generous animal lovers were pledging funds for his care, we stepped up to take the dog. CCR would make room for just one more....

We now called him Charlie after blind musician Ray Charles.

I drove up to Pinal, almost three hours away, to pick up Charlie on Saturday July 18th. Although the pound thought Charlie was 6-8 years old, when I met him I realized that he was closer to 10-14 years old…and that assessment has been confirmed by one of our vets. This is one old puppy!

We moved Charlie into a pen in my art studio/quarantine building. However Charlie was unhappy being penned up indoors and preferred the fenced area next to the studio. Being summer with warm, mild nights and since the building had a covered porch, we thought his preference was appropriate.  Charlie did well, but within a few days we realized that Charlie was not just blind…he was at least 90% deaf as well.

Charlie was released from quarantine here at CCR after ten days. He did not have kennel cough and seemed strong and healthy. Jeff and I decided to slowly introduce him to some of the other “pack members.”  Sadly, when other dogs came up to sniff him in order to get to know him, since he could neither see nor hear them he panicked, growling and ultimately lunging at them. We realized he would not do well in the pack at this time, so moved him onto our enclosed back porch at the back of our home. He appeared to settle in well, comfortable in his new habitat, but it became obvious that he was lonely…and he would keen and cry.

I looked on Pinal County’s list of animals at the pound to find an older female dog, one who was running out of time and was not very likely to be adoptable due to age or color – such as an older black lab. I worked with two of my contacts at Pinal, Riksta and Michelle, to narrow the search down to animal friendly older females.

On August 6th I drove back up to the Pinal shelter with Charlie. One after another, four older girls were brought out to meet him. Two seemed to like him and he them, so we made the difficult decision to take only one. I decided based on who I thought would be the least adoptable…and brought home a very sweet 5 year old black labby mix we named Iris.

Iris and Charlie get along well and Charlie seems far less stressed than he had been. As soon as she arrived his sad cries stopped.

Iris arrived with a bad case of kennel cough that became apparent on the second day with us. She was put on antibiotics, and we put Charlie on a prophylactic dosage of antibiotics as well to insure he would not come down with the nasty cough. Iris slowly got better.

Charlie’s eyes were examined for internal pressure by Dr. Auburn Heist of Rincon Vista Veterinary Clinic in Tucson. He was found to have Glaucoma. Glaucoma, she explained to me, can cause major headaches due to the internal pressure in the eyes, so the doctor suggested that the first thing we do is put him on pain medication and schedule his eye enucleation (removal of the eye balls) as soon as possible. While this sounds terrible, it will relieve the

pain he is currently feeling…and since he is already

blind, it will not change his behavior.

Charlie has what must be painful, broken teeth. We will

do his overdue dental work and neuter him once he

has recovered from his eye surgery.

Charlie goes in for this all-important surgery at Rincon

Vista on Wednesday August 19th.  We hold a good

thought for speedy recovery for this long suffering old 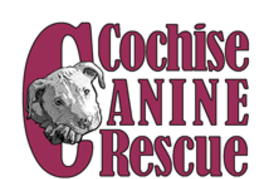