Help Us Help Them. Donate Today.

This article was originally written in 2001 when, as the founder, I was Director of The Oasis Sanctuary, the first US life-care facility for exotic birds. I have gone back and modified the article to reflect the other animals we are also working with today.

The ethics have not changed, but the focus has expanded.

There has been much discussion of late among animal activists, dog, cat, bird and other companion animal caregivers, and veterinarians, regarding the use of devoicing, beak mutilating and wing pinioning as a method of "resolving problems" with companion and captive breeder birds as well as the use of de-barking dogs, cropping of ears and tails, the use of shock collars and other painful and or mutilating methods of making living with a particular animal more “palatable”

The rationale all too often is that the alternative to these barbaric and non-reversible procedures is the euthanasia of the "problem" animal. It becomes apparent that until "owners" become "caregivers" and the animals we live with are recognized as sentient, self-aware, feeling beings, until euthanasia is recognized as only allowable when death is already imminent and/or to prevent suffering, the underlying problem will continue. The true problem is that we humans still see animal companions as our possessions, to be cared for and disposed of as we, in some godlike fashion, see fit.

Imagine if you will the ethical dilemma a caring veterinarian faces under this all too possible scenario: Person comes into vet's office with longtime animal companion. Due to change in circumstance (i.e. move to smaller housing, new significant other or baby) this once beloved bird's talking and squawking, dogs barking, cats yowling are now perceived as impossible "noise." This person firmly believes that options have been exhausted. They further believe that they truly love the animal and that no one else could possibly care for it as well as they do. They feel cornered and say that the animal must be euthanized.

Although many ethical veterinarians will not euthanize healthy animals, most recognize that other members of their profession will. Even if the vet says that they will not kill the animal, they justly must fear for the life of the animal if it leaves their doors. The doctor may suggest moving if that is appropriate, or behavioral modification for the animal and family. Finally the vet may suggest placing the animal in a new home, adoption program or sanctuary – but we all recognize the difficulty inherent in that option as well with all sanctuaries and rescues full to overflowing, and the breeders continuing to produce more desirable puppies, kittens and child-like birds.

If the person has decided that euthanasia is what they wish, currently there are no ethical or legal considerations in place to stop this unnecessary and most final of all options. So many veterinarians who would otherwise not want to see such a procedure done, may, to "save the life" of the animal, suggest devoicing.

Only by removing the option of euthanasia from the caregiver’s selection of choices can we ensure that these otherwise unthinkable practices can more easily be addressed.

The only ethical reason for the termination of life in a companion animal is the animal's suffering…not the owners. If an animal has a terminal illness with no ready options, and it is in pain, euthanasia is appropriate. If a bird, for example, has a contagious and terminal illness for which there is no cure and/or inoculation, and which may infect an entire flock, euthanasia is arguably a choice. But for a bird’s plucking, for a dog’s barking or even for aggressive behavior, death for the animal must cease to be an option.

Currently 75 per cent of all kittens and puppies born in a given year face the cessation of their lives at a pound or humane society for lack of home sometime during their relatively short (15 year) life expectancy. (Ken White, former Exec. Director, Arizona Humane Society)

Likewise 6 per cent of all cats and dogs currently residing in homes will be given up to a humane shelter and destroyed this and every year. (Humane Society of the United States and others)

While it is acknowledged that not very many companion birds are currently finding their way into the usual shelter system, more are being seen annually. Additionally, it is a known but under-reported fact that many "unproductive" breeder parrots, as well as "imperfect" birds, are regularly euthanized or out and out killed by breeders unwilling to feed and care for animals not making money for them. Is this what we want for companion birds?

While dogs and cats die daily, under the euphemism of euthanasia, the murder is due to the greed of breeders who continue to breed while perfectly wonderful animals stack up like refuse at so-called "shelters"...that more realistically should be called concentration camps...

Until self-aware, communicative, feeling creatures are afforded the protection of our society that we provide to the least of our human brethren, the animals we love will remain in danger of torture, mutilation and unnecessary and early death. Non-human animals must be removed from the level of simple possession, like a chair or car, and raised to a status whereby their lives are recognized as having independent value. We have been spending years discussing the "right to die" of humans who wish to end their own suffering, and yet we carelessly toss away the God-given lives of other beings entrusted to us.

Then there is, of course, the slaughter, the unending murder of the millions upon millions of farmed animals...for whom we do not even use such niceties and euphemisms as "euthanasia" ...rather we close our eyes to the never-ending suffering of our brethren used to satisfy the dietary greed of our species....

Euthanasia means "easy death". While it should be used to humanely end suffering of our beloved companions, it should stop being "easy" for us.

THE ETHICS OF EUTHANASIA 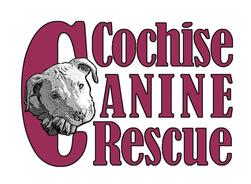