Help us help Triton and the other wonderful dogs in need of specialized care TODAY!!!

Your donation in any amount makes ALL the difference to these incredible Dogs. 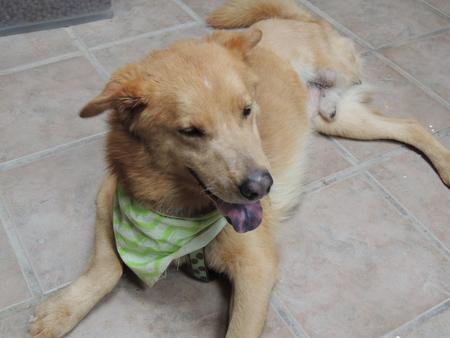 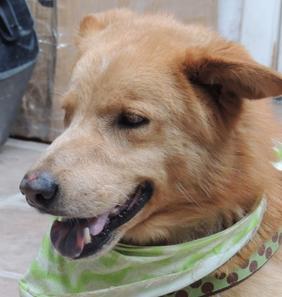 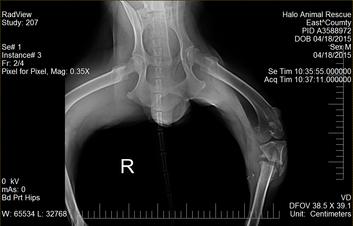 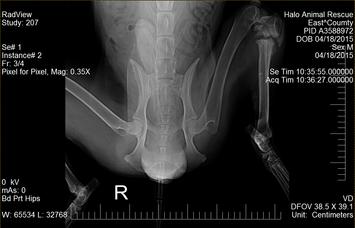 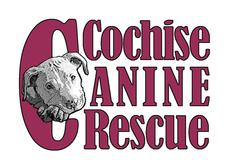 TRITON'S TALE:  A LIFETIME OF

Triton had been at the Maricopa pound for almost 3 months.

He was going on the "e-list" for the third time...he was out

of hope, out of time.

Although we will never know how he came to be on his own,

in the two or three short years of his life, Triton found himself

living on the streets of Phoenix, where he was severely

injured, apparently hit by a vehicle.

Ultimately, Tri was picked up by the dog catcher when he was too hurt and weak to fend for himself any longer. His long-standing injuries severed the bone of his leg just below his knee on his left rear leg, ultimately resulting in the amputation of his leg.

It is obvious to us that Triton was abused by a man or men. We have seen him growl at unknown men, ducking when a hand approaches his head or face too quickly....

...but today Tri is warming up to life with new people, including CCR's co-founder Jeff. Within two short weeks he is literally eating out of our hands and asking for belly-rubs.

Above are two of the X rays taken at Maricopa County pound's hospital before Tri's rear leg amputation.

Note the terrible break just below his "knee" and how swollen the leg was. The Veterinarians assessed this as a "chronic" (i.e. older) break. Can you imagine living, trying to survive, on the street in that much pain??

After all this boy has been through in his short lifetime, within a few days he warmed up to us and has made friends with a few of the dogs here. After facing pain and abandonment, he is so appreciative of love and friendship. His sweet disposition and nature and manifesting as his soul recovers...

Triton has been through so much in his short life. He obviously was a very happy and active boy...but now he needs to adjust to the awkwardness and instability of being on three legs. And dogs being dogs, with a difficult hierarchy, Trihas found himself being knocked down from behind. Dogs do not treat what they perceive as weakness kindly....and while some of our older and mellower dogs are wonderful with him, our situation, with dogs coming and going...the balance of power is always in flux.

Tri tries to stick like glue to me, following me around the house, inside and out in the yard. Things are settling down as he works his way into the pack...and the dogs begin to understand, accept and respect him.

But now he faces another challenge. Tri was born with and needs to have his umbilical hernia repaired. At this moment the hernia is stable, but we know it could cause him difficulty at any time. We need to raise the funds to help him...sooner rather than later!

Won't you help us help Tri TODAY?  Let's get him is surgery so he can recover and move on to his forever loving and very special home...a home as wonderful as he is....

While dogs do well recovering from leg amputations, there are psychological implications which become apparent when the dog is part of a pack.

Tri is seen as a weak animal by some of the males in the CCR pack. As a result they have ganged up on him, and added to his insecurities. All it takes is a dog, large or small, nipping at the remaining rear leg, for him to far over and be in harms way, subject to attack.

It has become apparent that Tri was an active and fairly dominant young dog before his amputation.While dogs recover from this surgery quickly and are able to move well, even run, they are not the same as they were before and this can put them at a disadvantage...

Having only one rear leg has made Triton somewhat unstable, although he can still run like the wind! None the less, his instability has caused him to stumble and fall going through the dog-door, and he was stuck, unable to get up. For over a week he was afraid to go through the dog door again, but now has begun regularly using the door again.

This sort of insecurity means that Jeff and I give Tri extra attention and support. We also keep him separated from the young males (Max, Frodo and Bubba in particular) when we are going outside or are away from the dogs, doing other work like feeding the farmed animals. The pack mentality of the others enables them to become more aggressive when we, the "pack leaders" are out of sight, and it puts smaller dogs, elderly dogs and weaker dogs at risk of being aggressed upon. It is a learning process for both Tri and the humans who care-give him. We will follow up on his development as time goes by!

SHORTLY AFTER THIS WAS WRITTEN Tri found a wonderful new home. We still hear about him from his new "Dad"...he is loved and well.