You may already know the story of Bohdi: an extraordinarily

ill White Shepherd dog we pulled from the Pima County

Animal Control in or around 2006. He was an the euthanasia

list, aged about six months.When we picked him up, he was

too weak to walk and had to be carried to my truck. He arrived

weighing 35 pounds, about half what he should have weighed

We named the sick pup Bodhi which means wisdom or

enlightenment in Hindu. The listless pup was near death, sick

with canine influenza, a rare illness I had never heard of...and one

which most often kills its victims.  All Creatures Veterinary Service in

Benson’s veterinarian Dr. Nancy Leverenz helped us nurse him to health, but the high temperatures he ran for all too long caused some brain damage…and he has remained puppy-ish during his life here.

Bodhi lived with Tara, a feral White Shepherd, until her death in 2013. For several months he remained alone and lonely, but eventually was accepted by Opal and her now three year old son Jasper, another dog suffering lingering effects of severe illness during his puppy-hood.

The three are wonderful friends and share a ¼ acre fenced yard and the laundry room, where they sleep.

However, Bodhi has terrible fear of thunder and lightning. During the summer, during the monsoon storms, the now 90 pound dog panics. Somehow he manages to push his way past the small table situated between my washer and drier, and hide, trembling and quaking, behind the washing machine. When the storms are over, I have to move table and washing machine in order to coax the terrified dog out.

On the afternoon of August 11th we had a doozy of a thunderstorm out here in Cascabel. Even before the rain itself began, the sky grew dark and then the power went out and remained out.  Although we are used to power going out for a moment or two, or staying out for a few minutes to a half an hour, this time the power was out in excess of 16 hours!

Then the storm blew in. The thunder was loud and the lightening was very close, crashing all around us. I closed the door to the laundry room as well as any open doors and windows around the house in order to protect the nervous dogs huddled everywhere, looking to me as though for an explanation or in expectation of my being able to make it stop. All the dogs in the house were frightened, with several normally self-possessed dogs large and small begging for attention or attempting to climb into my lap.

The rain itself came down hard for about 20 minutes, dumping 2” in that short amount of time. It drizzled on and off for several hours into the evening, as the thunderstorm moved slowly out of the area. The sky however remained dark and foreboding as it grew darker into the evening. With no power, it grew hot and terribly humid in the house.

After the storm moved out of the area, I took a flashlight and went back into the laundry room to check on Opal, Jasper and Bo. At first everything looked normal, with Bodhi once again hiding behind the washer. As I got him out I realized that he had chewed through the electric cord (thank goodness the power was out!) It was then I saw that he had chewed the washing machine’s drain hose clean through as well!

We had recently replaced an old and failing washing with a new Whirlpool. As such it takes a very specific hose part, so the next day I called Tucson and had a replacement hose – the last one in the state! – drop shipped to our home. I viewed You-tube videos and learned what it would take to install the hose. We would have to take the back of the machine off and apart…

On Thursday the hose arrived and on Friday morning my beloved husband had the hose almost fully installed by the time I woke up.

Once the machine was again working, I re-arranged the laundry room in an attempt to keep Bodhi out from behind the washer.

Running a dog rescue, not having the washing machine for only two days meant a whole day of additional towels to wash. Having power, running water, cooling and a washing machine suddenly seemed like a few of the most important things in life!

Yesterday when it thundered and I knew Bo would be seeking safe passage behind the machine, I went back and unplugged the rewired machine to keep him from killing himself. Then I went back to check on him after every clap of thunder, bringing him a treat in the hope that we can get him to begin connecting the sound of thunder with a yummy treat instead of something to fear.

But now we are debating ordering another hose...just in case…. 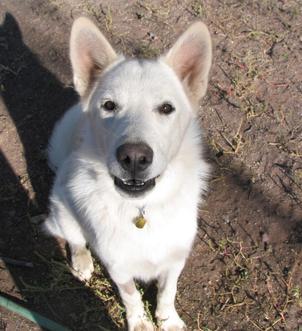 Bohdi, the Monsoons and a Washing Machine 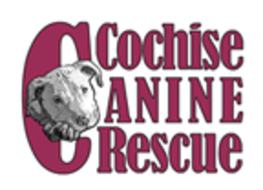