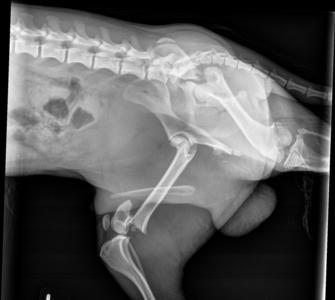 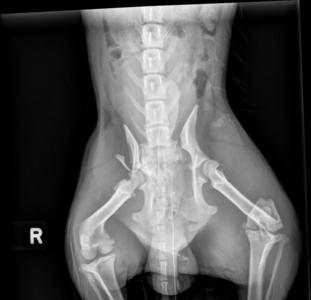 in the day about a tiny 2-year-old Chihuahua X

This little boy named Bandito (we are calling him

Bandit) was hit by a car on May 13th and

ultimately relinquished to the pound after

24-48 hours of suffering. Bandit is a brave little

soul, eating and friendly, but he is not putting

any weight on his severely swollen rear leg.

His leg, obviously badly broken, also has a

I hoped that a rescue had claimed him yesterday so that he would not spend another night suffering. But to be sure, I called first thing in the morning and sadly discovered he was still there. No one had called on him at all.

So Cochise Canine Rescue put our name on him and agreed to get him out of the pound. Vickie G., CCR's ace dog transporter, went down to pick him up today and got him to University Veterinary Hospital in Tempe, just outside Phoenix. We need to insure he does not suffer longer than necessary.  Since I am driving up that way on Monday, I will pick him up and bring him back to SoAZ asap.

Fund baby, but we are not sure how much work he will need…

and the more we can raise, the more funds stay with Lulu’s Fund

to help the next dog who comes along needing immediate medical

click the Donate button and make a PayPal donation to Bandit's

Or you can send a check to Cochise Canine Rescue at

memo section.  Thank you in advance for your love and help!

****UPDATE AS OF 6PM....Bandit is at University Animal Hospital in Tempe AZ - (480) 968-9275. He not only has a badly broken leg, but apparently has internal injuries! Bandit is getting fluids, pain meds and antibiotics tonight and will have x rays with a contrast dye tomorrow.

He is under than name of Better Days Rescue as Scott and Vickie picked him up at Pinal and dropped him off at the Hospital for CCR. Let's try to save this precious life...He was left to suffer for 72 hours before getting to see a Vet! Has me in tears!!!

****8 PM update - Vickie just called...University did the X rays tonight and Bandit has internal bruising, but nothing bleeding inside...however he DOES have a Broken Pelvis and a badly broken leg.

Vickie has an orthopedic specialist she REALLY trusts who will be available tomorrow, so Xrays and reports in hand she will be running him up to see the specialist.

I drove up to Phoenix yesterday and after dropping off a foundling dog with Scott and Vickie…I got to meet Bandit.

What a beautiful sweet baby! Under heavy pain medication, his little tail wagged when he saw us…and he licked out fingers as we stroked his soft fur…. But things remain very “iffy” for him…..

Bandit remains in Intensive care at University Animal Hospital in Tempe. Everyone there loves anad worries about him! In order to get a medical discount, he was put under Scott’s Better Days Rescue.

He has had blood work done and a series of 6 X rays which show not only his badly broken leg, but a shattered pelvis. There are at least five breaks they were able to see with pieces complexly separated from the pelvis.

It was decided that the X rays would be sent to specialists, including veterinary orthopedist Dr. Bone in Gilbert.

Dr. Bone contacted Vickie and told her that he would need to see the little one and do some more X rays in order to decide whether he could surgically repair this little man.  So tomorrow Bandit goes to see Dr. B.

If Dr. Bone cannot help Bandit, we still may opt to send him down to see Dr. Figueroa in Nogalez Mexico who has a wonderful reputation and has helped other Lulu’s Fund baby’s we, and other rescues, have been saving.

According to the Vets at University, there is a chance of paralysis with this delicate surgery, but I somehow think that Bandit stand a chance for a reasonably normal life if surgery is done and is successful.

I refuse to give up…because little Bandit WANTS to live!!

​PLEASE...this is going to be expensive and may surpass the $2500 Lulu's Fund grant we currently have from PACC...so PLEASE, if you can donate, please make a donation in any amount to help little Bandit's journey to recovery!!!

Sadly, Bandit was so severely injured that even with heroic intervention, he could not be made whole and had to be euthanized to end his suffering. Rest in Peace sweet boy. 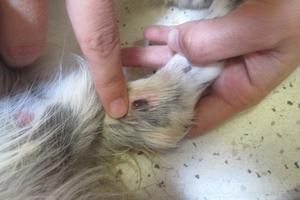 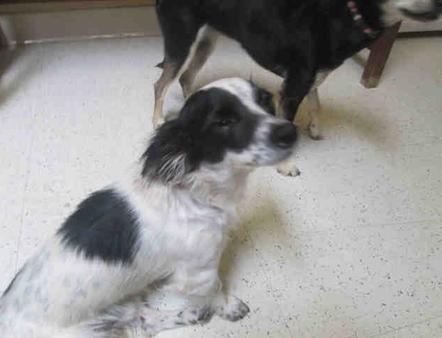 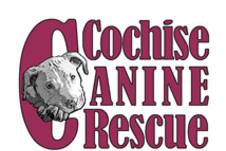