Cochise Canine Rescue is located in Southern Arizona. We adopt throughout the state of AZ.

If a momma dog is inoculated before pregnancy her baby's will get the immunity passed on through the milk...

Pit Bull's and similar breeds are far more susceptible to Parvo, and have a greater mortality rate, than other puppies... 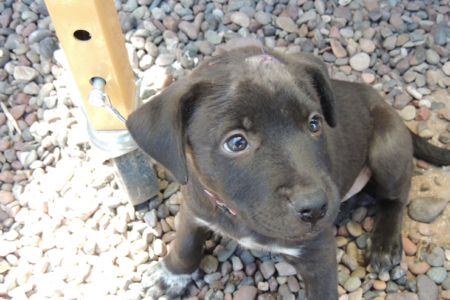 Three of the most devastating words in the English language for anyone with a dog  are… “ She has Parvo.”

Our little six week old rescue pup, Stitch, so named due to a gash she had on her head, stitched up on her way home last week, began vomiting and having bloody diarrhea last night. The incubation period for Parvo is usually 7-10 days. We took her in, with her sister and mom, 11 days ago, so we are, sadly, right on target….

She was supposed to go to her new home today....but instead Stitch was taken to a veterinary hospital first thing this morning. She will stay there for several days, on IV fluids as well as anti-nausea drugs. Antibiotics are being given to her as well, not to fight the Parvo, but to keep secondary infections from attacking her terribly compromised little body. In less than two days, this little pup has gone from 7 and a half pounds to slightly over 6…less than when she arrived.

She has, they say, a 50-50 chance of surviving…up from the 6% statistics I have found were she not hospitalized.

Parvo is a relatively new virus in the greater scheme of things, first seen sickening and killing dogs in the 1970’s. It may be a mutation of a similar cat virus, feline panleukopenia, but by now the canine version does not infect cats, and the cat virus does not infect dogs. In 1979 and then 1984, two new mutations had been discovered. A third mutation was recently discovered in Italy, Spain and Viet Nam….Frighteningly, this virus originally spread across the glob within two years.

In 1981, never having even heard of this new disease, I lost a little mixed breed puppy to the vomiting and diarrhea which devastated his little body, killing him one night, after having been ill for only a matter of a couple of days.

Today, “puppy shots” contain killed Parvo virus in order to protect their young immune systems. But the pups need a series of three inoculations in order to have protection, particularly if their mother is not up to date on her inoculations.

Sadly, at city and county pounds, Parvo outbreaks, as well as outbreaks of other deadly illnesses, sweep through the facilities, infecting and ultimately killing all too many babies. At six weeks old, Stitch has had only had one inoculation. Although still nursing it is now obvious that her mom was not up to date on her shots and could not provide her sufficient immunity through her milk….It takes a series of three inoculations to fight this disease.

Last night I was up until after 3:30, checking on our little suffering pup…and was up early to insure we could get her seen.

When I left her in the hospital I told her, hopefully, that she would be fine and would go home in a few days… I can only hold a good thought….Tonight Stitch sleeps, alone for the first time in her short life, in a strange place, IV’s bringing her nutrition and fluids.

Tomorrow morning I will call to check on her and again call the hospital several times during the day.

I don’t want Stitch to be fearful or to suffer. I want her to survive and come home to her mother, Mercy, who cried as she watched her sick little one leaving today.

I watch Stitch’s sister, fearful and counting the days, hoping she is strong enough not to become ill as well.

Post script: Sadly both Stich and her sister passed from this dreaded disease....Mercy remainded well and found a wonderful home with the help of rescue friends.

The Terror of PARVO 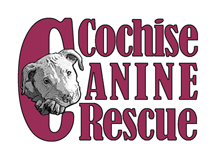