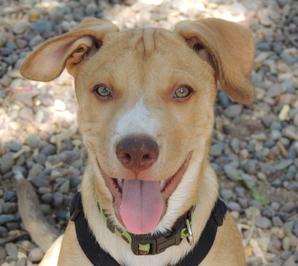 Max, the Savior of Small Wild-life

Max is a happy, lazy couch potato, but he has not always been that way.

Cochise Canine took him in from a euthanasia list in January 2013 where he was listed as a 6 month old Chihuahua who “wasn’t eating” when, in fact, he was a 4-week old Pharaoh Hound mix, too young to eat on his own, who was rapidly starving to death. We pulled him and brought him to CCR along with a Pomeranian mix, Missy, who was 6 months old and was in fact the same size as Max. Away from the noise and stresses at the pound, she helped him learn how to eat on his own during Quarantine.

Missy at the pound days before she came here with Max, January 2013

Once he was eating, Max grew rapidly.

During his first year or two with us Max was a consummate escape artist, jumping fences and gates to go roaming throughout the surrounding area. But, fortunately, he managed to always return. As time passed, he apparently decided that living here was fine and stopped roaming.

Although we had Max up for adoption for the better part of 2 or 3 years, no one ever called on him. Ultimately, as he settled in and made his special friends, we agreed that he was home here. (Missy has been up for adoption for several years but has long term Valley Fever which may need a lifetime of treatment.)

Late one evening in August 2014, Jeff came running into the house with a tiny little animal in his hands. Max, he told me, had been sitting with a baby rodent cradled between his paws. Max was not harming the tiny animal, rather just staring at it with profound curiosity.

The little animal turned out to be a tiny baby Kangaroo Rat only a few days old, whose eyes had not yet begun to open. He was obviously too young to be on his own. Not sure what to do for him, I mixed up puppy-milk formula and began feeding him. We named the tiny creature Ratso.

While we considered keeping him until he was old enough to be released, we also realized that he probably did not have the survival training he required that would have come from his parents. I began doing research, I found that Kangaroo Rats, who are neither kangaroos or rats or mice…. live 2-5 years. We decided to create a little environment for him, and keep him. Ratso gets lettuce for moisture as they do not drink any water throughout their lives, as well as various sizes of both mouse food and bird seed. Today, after almost three years sitting above my desk in his little habitat, Ratso is strong and active!

But Ratso was only the first of several animals Max either brought to us, or protected from other dogs….

Several times over the coming years he would find and bring us little birds, generally babies, who had fallen from their nests. Sometimes they could be saved and released, other times they were too young, injured or traumatized….

One of many little birds saved thanks to Max

Recently (June 2, 2018,) two fledgling sparrows fell from their nearby nests. Max picked one up in his mouth, and set it down next to his paws as soon as I told him to “Drop it!” The bird was, of course, shocked, but unharmed. I placed the baby in one of our special “critter boxes”…clear plastic boxes with tops that allow for airflow…lined with paper towel, gave him food and water, covered three sides with a towel, leaving enough space to keep an eye on the fledgling. I placed the box on another towel with a heating pad set on low. As soon as the fully feathered baby showed us that he was going to survive, we decided we would release him the following morning.

Later that evening Jeff brought in yet another fledgling that Max had found…this time Max was just sitting on the opposite side of the garden fence staring it the little baby. As a Pharaoh Hound which is a “sight hound” he sits motionless and stares at little animals.

The two little sparrows spent the night together in the critter box, warm and cozy, and were successfully released early this morning.

Max has become a beloved and important part of life here at CCR, saving little beings on the property from death at the paws or mouths of his fellow canines.

Max happy on his sofa, content with life at CCR 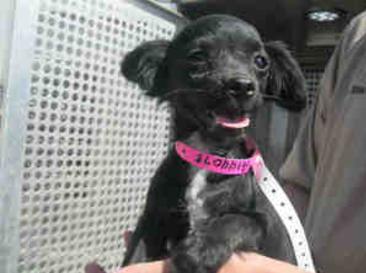 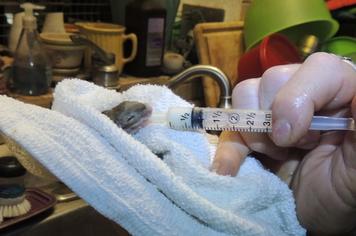 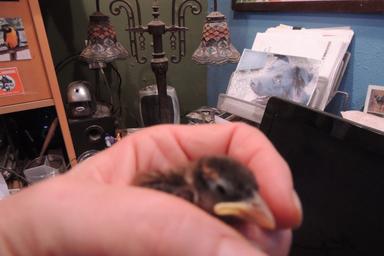 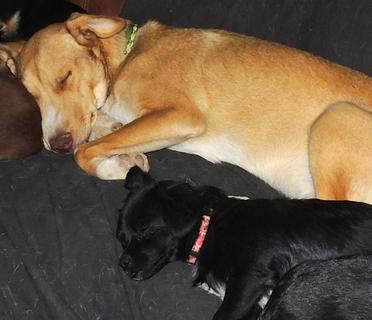 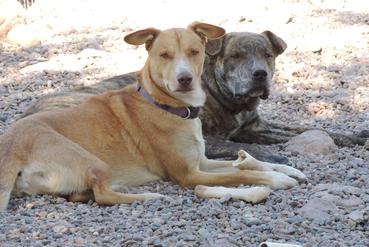 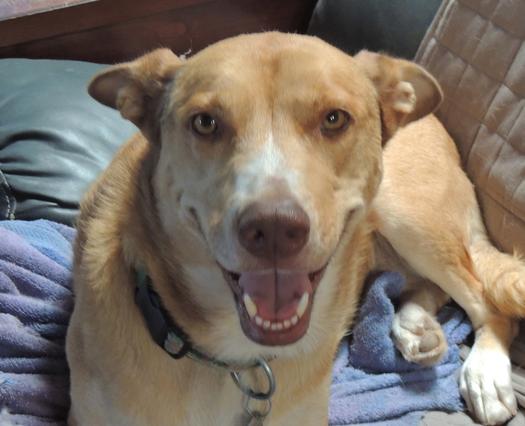 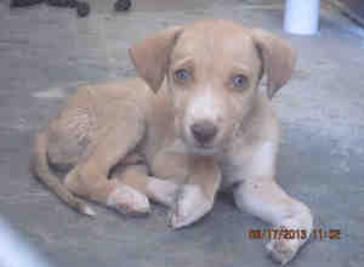