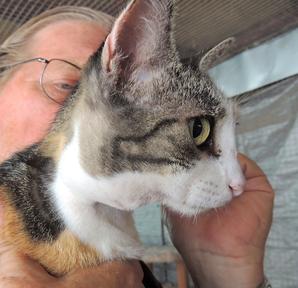 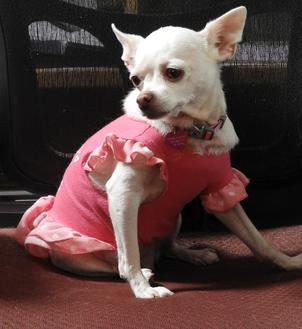 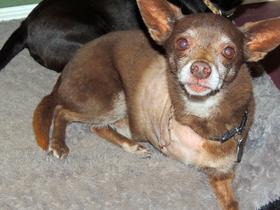 LIVING WITH ANIMALS THAT HAVE CANCER
Sybil Erden August 27 2018

Mini has stage 4 cancer. She is the first dog we have ever put on chemotherapy, but she is not the first animal I have lived with who has had cancer.

The Rat Girls: The first animals in my life who had cancer were 6 identical twin white lab-rat sisters, given to me as tiny infants in 1972. I built them a 4’X4’X4’ “cage” with toys and hiding places. They lived in the studio with me. Back then there were no commercially produced rat-diets so they all lived on wholesome granola, fruits and vegetables from a local “natural” grocery store. None the less, one after another as they reached two years of age, the little rats became ill with and ultimately died from breast cancer. In the 1970’s veterinarians could do nothing for rodents, and less for animals with cancer. One after another, as they became ill, I watched the sisters surround and comfort the afflicted rat…until the next to last died and the last one, although not near death from the disease, also died days later.


Beemer: The next of my companion animals to get cancer was about 20 years later. Shortly after I moved to Arizona in 1981 I adopted a cat, a grey tabby kitten, named Beemer aka “B”. He became my “familiar”, taking walks with me like a dog, keeping me company as I worked in my studio. He was always there, the best and my favorite cat of all time.

In 1992, when B was almost 11 years old, he was diagnosed with cancer of the sebaceous glands in both ears. I was told his cancer was terminal…that he had 2 years with chemo, but would be miserable, and 6 months to 2 years without. Of course I chose to go with “quality of life” and B did not have chemo. Toward the end he was on cortisone to reduce the swelling, but until the last week of his life, within a few days of 2 years after diagnosis, he seemed comfortable, eating well although he did sleep more as time went by. When he stopped wanting to eat, I called my veterinarian who came to my home to help Beemer cross the bridge. Early morning, as sunlight streamed through the window, B purred as he went to sleep in my arms.

Billy: Billy is a little brown Chihuahua who came to us when he was around 10 years of age. He came from a hoarding situation a rescue-friend had taken in dogs from. Of the dozen dogs she took, Billy was the only one not placed after a year. He, she told us, hated men…but when he jumped into my husband Jeff’s lap as we sat in her back yard, it was apparent he was coming home with us.

We had Billy about 3 years when his leg suddenly snapped and broke while he was playing with some other small dogs in the living room. Immediately rushed to the Vet’s office, Billy’s X-rays showed him to have bone cancer. Billy’s leg was soon amputated and pathology showed the cancer to be the worst and most aggressive form of bone cancer, the dreaded and deadly osteosarcoma.

We were again told that this was terminal. We were told that chemo and or radiation might buy him more time but he would not feel very well. With chemo he would have perhaps two years, and without 6 months.

Again we chose “quality of life” … but as time went by it became apparent that Billy had beat the odds somehow. It has been 4.5 years since Billy’s leg amputation and now at 16 years of age, Billy, who has had repeated X rays and blood work, has not had any reoccurrence of cancer anywhere in his body. No one can tell us why. Even our oncologist is surprised and has stated how unusual this is…. but apparently we “got” the cancer before it could spread. Billy, at 16, will die of old age…no matter what happens from here on out.

Holly: We have a small number of mostly senior cats at CCR. Holly was one of the youngest. She was a small kitten who showed up on a bale of hay a few days after Christmas in 2007. Holly was the friendliest, the youngest and the spunkiest of the kitties living in the cattery… an escape artist, a love-bug.

In 2017, at only ten years of age, we noticed what we assumed to be the swelling from an abscessed tooth or oral infection on Holly’s jaw. We took her to the veterinarian who did an aspirate and pathology…and within a day informed us that Holly had an inoperable cancer. We learned that while cancer is generally less common in cats than in dogs, this was an aggressive and rapidly growing cancer. Within weeks Holly was no longer able to eat and the cancer spread to and began to block her throat. Not wanting her to suffer, although it broke our hearts, we brought her to be humanely euthanized. Holly still leaves a hole in our hearts. The cattery seems too quiet without her…

​
Mini: If you have been following Mini’s story on Constant Contact, social media or the website, you know that when we accepted Mini into our program this past June, on the 22nd, we knew she had breast cancer. What we didn’t know was that she had gone systemically septic from a long neglected “ulcerated tumor” which had become a 2” X 1” by thumb-deep wound on her chest. Mini almost died from shock during her first surgery to clean out and close the wound and remove some of the tumors and one lymph node shortly after we got her. The pathology on the removed tissues confirmed the cancer…and sadly showed it had spread to Mini’s lymph nodes. Thanks to our Vet at All Creatures in Benson, after 6 weeks of strong antibiotics Mini had gotten rid of the infection and while still a very sick little dog, began to act healthy…active, happy, playful.

In mid-August I took Mini up to Phoenix, a three-plus-hour drive, to IVO’s board certified oncologist Dr. Hershey. X rays and an ultrasound showed no metastasis to organs or bones but did show enlarged lymph nodes in her abdomen. The metastasis had spread….

After long discussion I was convinced by Dr. Hershey that the best direction to take for Mini is a daily protocol of low-dose chemotherapy and a strong anti-inflammatory. These days her type of invasive cancer is being treated with compounded medications: Cyclophosphamide to fight the cancer, Piroxicam to help with inflammation and potentially reduce the size of tumors.

We are cooking three meals a day for Mini. The cooking, feeding, medicating, prepping supplements, have added an hour a day to our normal workload. Additionally, due to the chemo meds, we have to carry a small plastic bag with us to immediately pick up any of her poop as its’ residue passes thru her body and would be passed to any dog who licks of eats the poo. (Why dogs do this is beyond me…)

Her morning hamburger is topped with the chemo meds, a probiotic and CBD oil.

Mini’s afternoon meal is mixed with a variety of vitamin and herbal supplements to support her liver and kidneys.

Before bedtime she gets another smaller meal with the Piroxicam.

Below is a modified Cancer Diet my friend Ellyn (from Paws for Love) sent based on what she provided her little dog Lucy when she had cancer….

We have modified it a bit and these supplements we provide:

"Lucy’s Soup" from Mini's friend Ellyn  Note: we are making this as a stew divided into 2-3 day packages and frozen)

Chicken shredded – save broth to cook all together:
Spinach, Broccoli and Rice


Although it is not yet a week since moving to this chemo protocol, she is doing well on the diet with supplements and her medications…no nausea noted, no anorexia, no diarrhea. We know that she is likely to have a year or less before her quality of life begins to fail…. but we also are aware that with luck, this medical protocol has kept dogs “presenting” in a similar way with similar metastasis of their cancer alive comfortably for 2 to 4 or more years.


Mini will be having a lot of follow-up blood work, ultra sounds and X rays…and hopefully can have surgery eventually to get rid of some of these tumors….

Mini is getting an amazing amount of attention and love. We believe that between her feisty nature and the nurture here it is helping her grow strong and fight for life.

We know that even though Mini is acting and behaving like a happy, normal little dog right now, that she will never get well.


The sad and ironic part of all this is that this sort of cancer is connected with not being spayed. Had Mini been spayed young the chances are that she would never have gotten this cancer.

And had her previous caregivers taken her to a vet and had surgery to remove the mammary mass when she got the first tumor, it may not have become cancer…or even if cancerous might not have spread.

Most people are being very supportive of our efforts to give Mini as long and comfortable life as we can, helping with finances, sending gifts for Mini, sending information, sending love… but a very few have lambasted me for trying chemo. One woman who said nearly all her (25!!!) dogs died of cancer, that chemo is cruelty, that Mini is “old.” She told me to just euthanize Mini. That I am “doing this” for myself not for Mini… But this is ALL for her.

We are intelligent. We are thoughtful. I do my research. We  are compassionate and make the best decisions for the animals in our care possible, given the animal’s situation. I write grants, I beg for money.

We will do whatever is in Mini’s best interest. Period. So allow me to re-state: If Mini begins to do poorly on this medical protocol, if she begins to have any negative side effect, we will stop.

We love this little fighter. Mini sleeps with us. She sits, often napping, on my office chair, like now, while I work.


But because we love her, when the day comes that Mini begins to suffer and no more can be done to make her feel better, we will hold her and love her while she crosses over. 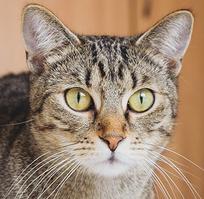 There is a lot to learn about cancer in dogs. Here are just a very few of the resources out there....There are MANY more sites but here are a few to start with...

THIS site is a fabulous overview.....
https://www.dog-health-handbook.com/cancer-in-dogs.html