No amount is too small!

Ricky was less than four hours from euthanasia at a high kill pound.

We weren't really looking for him, but when my husband, Jeff, pointed him out we both knew...we must take this one.

At about a year of age, Ricky, a stray, had been picked up after two weeks on his own. He was fast, terrified and hard for to catch, but as hunger and exhaustion overtook him, catch him they did.

He hid in the back of the kennel, sad and forlorn, long having given up ever finding his home. We were told that he would have been put down that evening at the close of business, simply for "fearfulness."

When we were taking Ricky home, he screamed and threw himself around the large kennel on the back seat of our car. We stopped at a nearby pet store before getting back on the freeway, picked up a harness found on sale, attached a lead and allowed him out of the carrier. He immediately calmed down. WE discovered he liked riding in the car.

Ricky, half Basenji and half...Corgi? Chihuahua? Dachshund?.... gets a lot of attention wherever we wold go with him. Usually comments on his handsome brindle markings followed by "What kind of dog IS he?"

Jeff and I had originally planned on finding the hapless little boy another loving home, and never planned to keep him, but within a few weeks he began showing off his "special skill:" Ricky is a natural Medical Alert dog. Ricky instinctively knows who is not feeling well. He stays very close to me wherever I am, occasionally barking to notify me when I need to take medication or simply lay down.

When we realized Ricky's skill, Jeff and I immediately decided to make room for "just one more" in our home already filled with formerly homeless cats and dogs. We obtained his service dog certification which enables him to be with me wherever I go.

Ricky has traveled across country on Amtrak as far as California, Chicago and New York. He comes with me when I drive long distances to other states on business. He is the perfect travel companion, making friends wherever he goes. He immediately attaches himself to people who are chronically or temporarily ill, spending time with them, making them feel their best.

Ricky and I are always together. He is sitting behind me in my desk chair, his chubby little body pressed up against me as I write. He has been in doctors' offices with me, and was even allowed into the prep room before I had surgery. Other than my husband, Ricky is my best friend. e is my number two man in the world.

To this day, almost five years after we found him, I cannot understand why his family couldn't or wouldn't find him when he was lost. Worse still, why someone might have opened the door deliberately to let him go.

There are so many wonderful dogs like Ricky at the pound every day. Lovely, loving, friendly, frightened dogs looking for their forever home. They are alone, confused and frightened. Ricky is lucky - we walked in "just in time" and found him.

Actually, we were the fortunate ones: we now have Ricky in our lives. 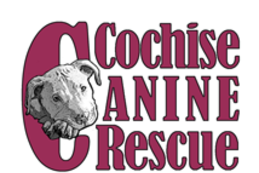 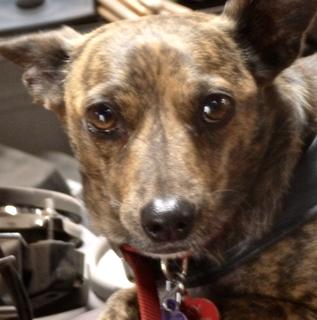